#1 The Story behind LDG the Logo

The Story behind the Logo

Six years ago, when I was deciding to work for someone else or myself, I initially had to create an option to my full time job.  Will it work?  Will it grow? Will it fail? Into this quagmire of indecision stepped Sumit Lai Roy - an old friend, a schoolmate and a person I admired for the kind of things he has done for advertising and for theatre in my city, Kolkata (or Calcutta as it is better known).  In fact, I had recently returned from an offsite at Khandala where Sumit was a driving force behind the creation of one of the excellent learning facilities there.

Over a soup and sandwiches at Chai Break, we talked about what I wanted to do.  His incisive questioning led to me believe that the safety of a nine to five might be preferable to striking out on my own.  However, we persevered through a conversation that made me very shaky ... then I left my job.

With several years of teaching, training and development under my belt, my big idea was that through focused learning solutions, organizations could be helped to develop and eventually grow.  While I was searching for a memorable name for what might eventually become my "company", Sumit kept repeating the words Learn, Develop, Grow as the one idea that won't go away.

And it didn't.  Somewhere in the subconscious I must have been happy enough with the fact that the initials matched the name I had been given by my students at St Xavier's School so many years ago -- LDG, the short form of my name.

The story doesn't end there ... a young man with whom I was working at the time, Sourish Mitra, asked me if I would like to create a Logo out of it.  And there it is.  The choice of colours was his and backward integrated into the idea that companies could come out of the "red" in learning and development and grow toward the "black", perhaps matched by their balance sheets.  But that's really far fetched.  I think we just liked the red and black combination.  Sourish is now very high up in J W Thompson and Sumit is still at the top of his profession and stage!

Questions are the Answer

[The poster above popped into my WhatsApp feed this morning and two things got me hooked immediately.  The speaker, Anita Brooks , is an a... 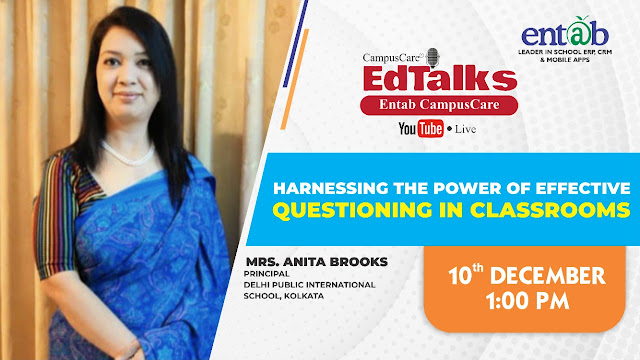